The Story - 2 years and 4 iterations

I loved writing code. I still do.

In front of my laptop, I was studying yet another project. The design was beautiful as always. All I had to do was make the HTML. But here I was again, writing the navigation, the card elements, the buttons, the grid, the footer. Déjà vu or not, I knew there had to be a way of systemising the creation of websites.

All I wanted was to build beautiful user interfaces faster without rewriting the same code every time. So I created Preons.

It's a bit cheeky saying Tachyons is the first iteration. I didn't build it. Adam Morse and co did.

But this very library changed my thinking about how stylesheets could be written. I was doing BEM. And there was a cycle. Every UI element needed both handwritten css and afterwards, HTML.

5 minutes later, I copy-pasted up a nice looking user interface. No CSS written. The hard work went solely into finding components that looked good. A nice header. A fancy footer. And something in between.

Change paddings. Add margins. Increase font sizes right there in the browser. Underneath the hood, it looks like this:

The only thing was, I wanted a different font. A Google font to be exact. And then the colours weren't what I liked. These were the things not in the stylesheet.

So I did the easiest thing, but the wrong thing. I hardcoded classes into a new stylesheet that "extended" the Tachyons library. But there was a priority problem. Can you spot it?

So what happens if I try to have apply different aspect ratios at different breakpoints?

When you use a library, you are in charge of the flow of the application. You are choosing when and where to call the library.

When you use a framework, the framework is in charge of the flow. It provides some places for you to plug in your code, but it calls the code you plugged in as needed.

- The Difference Between a Framework and a Library

Updating Tachyons felt like I was using it as a framework rather than as a dependency. To prevent priority issues, you need to insert your new css classes at particular places inside the stylesheet. But then the line is blurred between what is mine and added, and what is Tachyons'.

Then I thought, maybe it's better instead, not to extend Tachyons, but generate it instead.

Lesson 2 - Use what exists

As a developer, I must admit, there's always the temptation to write functionality from scratch instead of tweaking something that does a good job already. So I found a tachyons-scss library. It was perfect! Except, I still felt like I was hard-coding styles.

What if I defined all my rules using sass maps like that:

Then applied them to a css property like background-color to get this:

The icing on the cake is having each rules at different breakpoints in the right order. Priority problem solved.

And so I wrote the preonize function. And that was it. Almost.

All I had to do was define all my reusable rules, and apply them using preonize.

I could generate an entire functional CSS library from a base sass file. Minor changes were now trivial. Update the sass maps; compile to css.

If I left it at this, I'd be happy. I already built carolblackmusic.co.uk, pixelexaspect.com and kammadata.com this way. But I had come across some issues.

There are definitely wrong ways to do things, but usually there are no single right ways. But it's also true, that not having an opinion for a project will cause confusion eventually, even with one maintainer.

So some of the classes I didn't like were the ones that redeclared rules for the same css property, like padding-bottom. For example, padding-bottom could override a completely different class prefix aspect-ratio.

This causes the priority issue again.

I felt that there should be one class prefix for one css property.

The other thing I didn't want was for a class to represent two CSS properties. One example is margins. So instead of one class representing margin-left and margin-right at the same time, it's more explicit to just use two.

This decision would eventually help me to write simpler code generators for Preons, though at the time, I didn't know it.

Lesson 4 - Eat your own dog food

I have Gary Gale to thank for the phrase. All it means is, what you're giving others to use, are you using it yourself?

So it's all good building a CSS library but could I use it? In fact, using it highlighted limitations of functional css in general very quickly.

How could I expect a user to write an article and add margins to every paragraph?

So the solution to this is to create scoped article classes such as s-article, something I learned from working with Milad Alizadeh and Chris Boakes.

Here's a snippet I use for this Preons' documentations website:

Then I apply it where it is needed so it doesn't affect the entire site:

Animations are the life-blood of interactive websites. At a minimum, we need to hover and change things like colours of text and backgrounds on buttons. Okay, it's not essential, but great for user experience. So a new preonize function would be needed.

After building a few sites, I had a problem. There were differences in the class conventions I used between them. What was max-width again?

And what about the colours? What's the convention? The colour first, or the modifier first?

I had very few conventions and was mainly inspired by Tachyons. But switching between projects I was forgetting what rule applied where.

Looking up classes wasn't easy using my sass file. I had to find the CSS class, then look up the corresponding global style.

I could look through the CSS, but then I thought, that's not great user experience. If I could config my rules in yaml or JSON, I could generate documentation.

It was reading Cyrille Martraire's book on Living Documentation that cemented the idea of turning existing code into docs. And your code would always be in sync with your documentation. But it was a Michael Bryzek video that took the concept one step further, generating code from your config.

And he had a point.

With a config, I could generate styles themselves from a yaml config into any CSS style language I liked.

One single config would be the definition for both the library and the documentation. So preons.yaml was born.

Then I stopped working on the project...

For widths, I wanted to use gradations of both percentages and rems.

For margins, I wanted the same, but also negative rems. So unless I repeated myself, I needed a way of mixing different global rules together.

Then I could mix-and-match them across different css properties:

Array vs object of rules

It occurred to me. Why am I using an array of properties when it should just be an object? I can't redeclare the same property twice because of the priority problem and the convention to solve that problem of 1 css property to 1 class prefix.

Yaml linters highlight when you have duplicate properties in an object. It is not allowed. So that's a win in applying the convention.

I also didn't like having to declare global rules for each CSS property. Sometimes rules only have to be applied once, eg. for display: flex

Doing preons config would spit out JSON based on the preons.yaml to make creating documentation easier:

I use this json to build the reference for the docs.

Because moving fast allows fixes and features to be released quickly. The developer writing the code should know if their update is breaking existing functionality or not, whether they are adding a feature, a fix, or an improvement or not.

Michael Jackson's Unpkg allows you to access any file from an npm library at any version and it's free to use 🙏. It made creating the example repl easy.

Here's a great intro to it:

"I don't know any good reason to split my codebase between stylesheet and cli over multiple repositories". So I package them together. Maybe this is bad. But until it becomes a problem, I decided to not worry about it.

Now as of May 2020, there aren't any tests. There are no linters either. Dangerous? Maybe. But normally I'd fuss over assuring my code passes all sorts of code quality bells and whistles, not just because I'm a badge junkie. This time, I was determined that version 0.0.z would just work and be functional.

Even though, he starts with tests, making it work is a lot more archaic for me. Make it stable is where tests come in and solidifying them under the right design.

“Coding faster: Make it work, then make it good” by Michael Parker https://link.medium.com/SRPxvd76F6 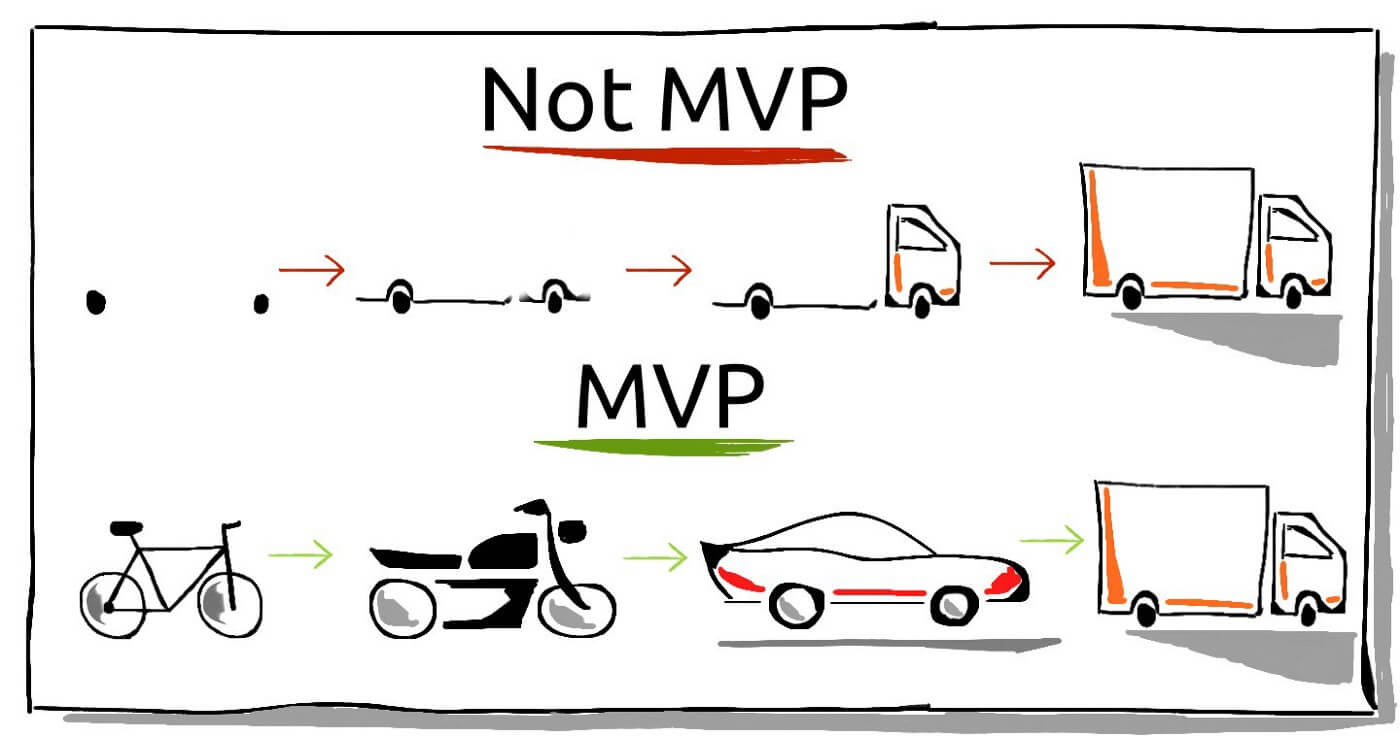 If anything, this is the biggest shift in my thinking. Having gone through several iterations, I finally designed a version of Preons that I actually like.

If I started with TDD, I think I'd feel too precious about changing anything because TDD sometimes eats into the design phase, rather than just being a development tool.

I genuinely think design comes before TDD and static type analysis. That's why JavaScript is so powerful. You can iterate fast without worrying about correctness of code.

An MVP is a viable prototype, not a final product. Don't worry about perfection. The idea is to get fast feedback from users.

I saw a video where James Clear talked about two sets of photography students. One group had to come up with the perfect photo, one time. Another group had to take lots of photos and present their best one. The latter scored better apparently because applying their knowledge came from trial and error, learning what worked through practice versus theorizing what worked. That is pragmatism. Practice over theory.

Now I've blitzed through the most basic of features, I have a choice:

I hope you enjoyed the article or at least learned that your open source project doesn't have to be right the first time around. By no means am I a decent writer or even correct about everything in this article. So please share feedback.

If you're on Twitter, just @GemmaBlackUK and tell me what I did wrong 😅.